Posted on Behalf of  Michael Ierardi 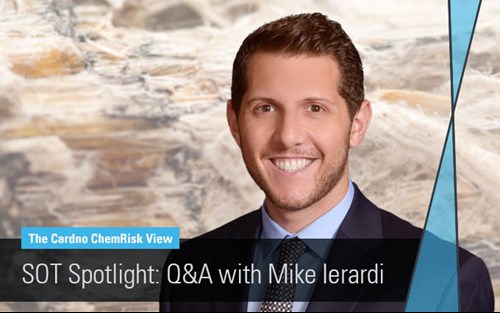 Derivation of a Proposed Asbestiform Tremolite NOAEL for Lung Cancer

In our analysis, we derived a proposed range of “no-effect” cumulative exposure levels, or NOAELs, for asbestiform tremolite exposure and lung cancer using two distinct approaches. Similar analyses have previously been performed to derive an asbestiform tremolite NOAEL for mesothelioma (Finley et al. 2012), as well as chrysotile NOAELs for both mesothelioma and lung cancer (Pierce et al. 2008; 2016). Since asbestiform tremolite is occasionally found in some chrysotile and vermiculite deposits, we focused our NOAEL analysis on potential high-exposure occupational cohorts who worked mining or processing chrysotile from Quebec or vermiculite from Libby, Montana, as well as those residing around these areas. For approach 1, we evaluated lung cancer risk at stratified levels of cumulative exposure among these chrysotile- and vermiculite-exposed cohorts. For approach 2, we utilized published relative potency factors for Libby amphiboles (as a surrogate for asbestiform tremolite) and chrysotile (Berman and Crump, 2008; Hodgson and Darnton, 2000; Moolgavkar et al., 2010), and applied these potency factor ratios to a published chrysotile lung cancer NOAEL of 89 to 168 f/cc-years (Pierce et al., 2016).