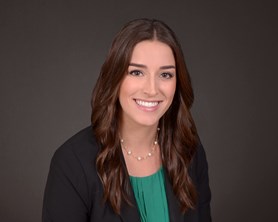 We performed an in-depth analysis to determine if personal care products containing AMP pose an elevated risk in humans under the intended use conditions. 2-Amino-2-methyl-1-propanol (AMP™) is a substituted aliphatic alcohol widely used as a neutralizer, stabilizer, and pigment dispersion aid for personal care products, including hairsprays, body wash, hair colorants, skin care, and sun care (Burnett et al. 2009). In May 2018, ECHA completed a dossier evaluation for AMP, and requested that AMP be classified and labeled for STOT RE 2 (target organ liver) for repeated dose toxicity, or a justification for not classifying. Therefore, we conducted a comprehensive weight of evidence assessment of the available animal repeated dose toxicity studies evaluating AMP hepatotoxicity, and performed a detailed mode of action (MOA) analysis of hepatotoxicity related to repeated exposure to AMP as a further corroboration.

Finally, we proposed that AMP likely inhibits the process by which very low density lipoproteins (VLDLs) export lipids. AMP-induced toxicity can only occur when there are higher amounts of AMP available to the liver relative to choline, such as during a period of choline deficiency or high dose AMP scenario.

AMP behaves as a competitive inhibitor or alternative agonist to one or more enzymes that bind and convert choline into PC for phospholipid production. We suggest that liver cells use AMP instead of choline to produce phospholipids to package VLDL to export triglycerides from the liver; however, VLDL requires PC, a specific phospholipid produced from choline, to function properly. Consequently, a lack of properly functioning phospholipids halts the export of triglycerides from hepatocytes, which leads to the accumulation of fat and subsequently, fatty liver at the tissue level as the degree of VLDL dysfunction increases.

Overall, The MOA data coupled with the dermal toxicokinetics data suggest that it is unlikely that any toxicologically significant concentrations of AMP can be achieved from dermal exposures in humans. This conclusion is consistent with regulatory and consensus reviews of the safety of AMP as an ingredient in consumer products.