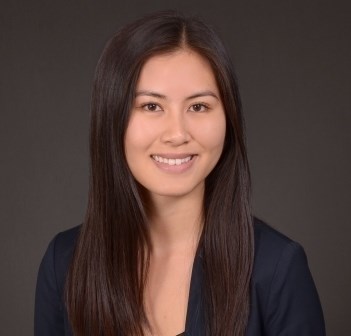 Please read below for more information from Ms. Fian Louie on her SOT presentation.

Exposure Assessment of Glyphosate in Breakfast Cereals in the U.S.

Glyphosate is one of the most widely used herbicides for agriculture and forestry applications, as well as on lawns and gardens in the United States. In March 2015, the International Agency for Research on Cancer (IARC) classified glyphosate as a Group 2A “probably carcinogenic to humans” carcinogen. Subsequently, it was listed under California’s Proposition 65 as a chemical “known to the state to cause cancer” in July 2017. However, the Environmental Protection Agency (EPA) reported that glyphosate was “not likely to be carcinogenic to humans,” and the Food and Agriculture Organization (FAO) as well as the World Health Organization (WHO) reported that “glyphosate is unlikely to be genotoxic at anticipated dietary exposures.” There have been recent reports indicating concern about glyphosate in cereal. The purpose of this study was to assess the potential cancer risks associated with consumption of glyphosate in different grain-based cereals by age groups by comparing to the Office of Environmental Health Hazard Assessment’s (OEHHA) proposed No Significant Risk Level (NSRL) of 1100 μg/day for glyphosate.

Glyphosate intake was estimated using the mean and maximum estimates of U.S. cereal consumption (as reported in the EPA 2011 Exposure Factors Handbook) and mean glyphosate levels in grain-based U.S. cereals (as calculated from the Environmental Working Group's reports on glyphosate levels in popular cereals, oatmeal, granola, and snack bars). Glyphosate intake by age group was then used to calculate the lifetime average daily dose of glyphosate for comparison against the NSRL; the NSRL was chosen in spite of disagreement about the carcinogenic potential of glyphosate because it represents the most conservative proposed screening value.

Glyphosate exposure from consumption of all cereal types (conventional and organic) for all age groups (6 months to >70 years) ranged from 0.01 to 13.48 μg/day and 0.23 to 220 μg/day for mean and maximum estimates of consumption, respectively. Moreover, the lifetime average daily doses for all cereal types were less than OEHHA’s NRSL for glyphosate (1100 μg/day). As such, risk of cancer in the U.S. from glyphosate exposure is not likely to be of concern based on mean and maximum estimates of U.S. cereal consumption and mean glyphosate levels in grain-based cereals.

The current analysis focused on potential cancer risks associated with the consumption of just one food type. Further research of other grain-based foods, as well as other food sources (wine, fruit juices, legumes, and honey) that have the potential to be contaminated with glyphosate, is warranted to capture all possible exposures in the human diet.