Posted on Behalf of  Melinda Donnell 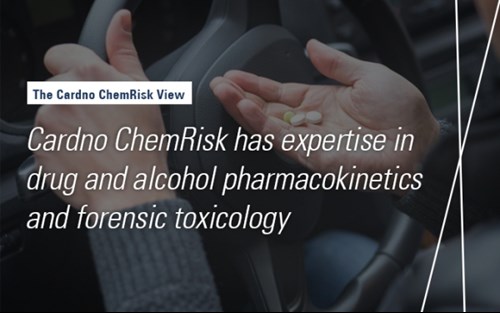 Posted on behalf of Melinda Hoang

On January 14, 2018, a speeding car struck a median and crashed into the second floor of a building in Santa Ana, California (Orange County Register). Two individuals suffered minor injuries, and the vehicle driver was arrested on suspicion of driving under the influence. The driver later admitted to using narcotics before the crash. Multiple reports and studies have indicated that narcotics such as opioids have been involved in a significant number of automobile accidents around the world (CBS News; Gomes et al. 2017).

The “Opioid Crisis” has received much attention in recent news. Opioid manufacturers, for example, were recently found to have paid physicians to prescribe opioids to patients (CNN), and the U.S. Surgeon General has advocated for Americans to carry naloxone, the overdose antidote (USA Today). Despite the growing crisis, studies regarding traffic-related impairment caused by using non-alcohol drugs is currently limited. Developing an opioid impairment metric in the United States is essential, especially in light of the ongoing opioid epidemic. In 2012, Norway became the first country to implement legislative limits for non-alcohol drugs that correspond to impairment seen at increasing blood alcohol concentrations (BACs) (Vindenes et al. 2011; Vindenes et al. 2013). After passing this legislation, the number of apprehended drivers increased in 2012, indicating that setting such limits are effective at reducing impaired driving and traffic accidents (Vindenes et al. 2013).

Cardno ChemRisk’s team of toxicologists and health risk assessment professionals have conducted research into the toxicology and kinetics of alcohol in the body following ingestion, and are currently conducting research on opioid and alcohol interactions, as well as the opioid impact on motor skills such as driving. If you would like to learn more about our areas of expertise in drug and alcohol pharmacokinetics and forensic toxicology, please contact Dr. Ernest Fung at ernest.fund@cardno.com